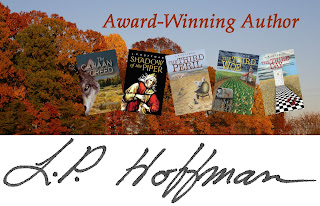 The Canaan Creed
by L. P. Hoffman
A noble lie or a deadly secret?
What if a grand-scale manipulation was taking place? Greed and lust for power, cloaked in altruism. What if you believed in something that cost the life of someone you loved?

Murder in Maine, wolves in Wyoming, and a fugitive—one life-changing summer for wolf biologist, Anna O’Neil. She needs answers. Who shot her father and why? Then, the arrival of a mysterious document forces Anna to examine her own beliefs and gives her the key to restore a divided community. But, first, she must find the courage to confront a hidden evil and catch her father’s killer.

"The Canaan Creed is a story that needs telling—a keyhole view into a culturally-relevant and emotionally-charged issue. Radical environmentalism is on the march across America, leaving a wide swath of collateral damage. People are suffering—their voices often silenced by an agenda that omits humankind from the ecological equation."


View the Book Trailer and Read Reviews at The Canaan Creed.


Shadow of the Piper
by L. P. Hoffman
The Pied Piper still plays his tune,
and in his shadow, many fall.


When a disturbed teenager arrives at the Pittsburgh Rescue Mission, Cali turns things upside down by claiming to know “secrets” about a young evangelist’s shadowy past. The deranged girl lures Jesse Berry across the country only to slip away after they reach their destination. Hamlin, Montana, is not the quaint mining town it appears to be. Something sinister moves below the surface—the youth are at risk—and someone there wants Jesse dead.

"A few years back I was doing a book signing at a local book store. It was that day that I learned about a horrific quadruple murder that shocked my community. As the details emerged about the murderer’s involvement in the occult, I was reminded that these activities are perpetuated by a culture of secrets. It is my heart’s desire to reach those lured into this lifestyle. Why? Because I was once one of them and I know the collateral damage it can cause."
View the Book Trailer and Read Reviews at Shadow of the Piper.


The Third Peril
Book One of a Trilogy
by L. P. Hoffman
A modern-day, epic-suspense trilogy about faith and providence
in times of cultural upheaval and national insecurity.


In 1777, General George Washington experienced a divine visitation at Valley Forge. “Three great perils will come upon this nation.” An angelic being describes the Revolutionary War and the Civil War, but warns, “The Third Peril will be the worst.”

Today, this message is revisited. Five-year-old Connor Hays, son of the Chief Economic Advisor to the President of the United States, insists that an angel told him, “War is coming to America!”

But who will believe a child?

"The Third Peril is a modern-day, epic-suspense novel that builds on General George Washington’s divine vision. Frighteningly relevant today, this story will resonate with the national insecurities felt by millions of Americans."

"This is the first book of a thought-provoking trilogy that will inspire all who are thirsty in a dry and weary land."
View the Book Trailer and Read Reviews at The Third Peril.

The Third Woe
Book Two of The Third Peril Trilogy
by L. P. Hoffman
The second book of a modern-day, epic-suspense trilogy about faith and providence in times of cultural upheaval and national insecurity.

Much has changed in the nearly six-and-one-half years since the Third Peril struck at the very heart of America. A new worldview has the president taking the USA in a different direction. Imagine a surprising paradigm for a counter-culture movement. People are supporting nationalism over globalism, espousing freedom of religion instead of political correctness, advocating for truth and justice over victimhood. It's an upside down world. What was formerly the moral majority—those who value faith, liberty, self determination, and justice—is now in the minority and fighting for their rights. In The Third Woe, a small cadre of people are beginning to rethink all the "progress" that has been foisted upon the populace since the war. But, which vision for America will prevail?
View the Book Trailer at The Third Woe. 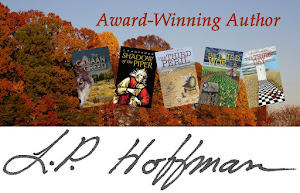 Join Our eMail List
For Email Marketing you can trust.

Buy Direct from Hope Springs Media. Buy 4 or more, and save. Shipping is FREE.

Become a "Fan" on Goodreads